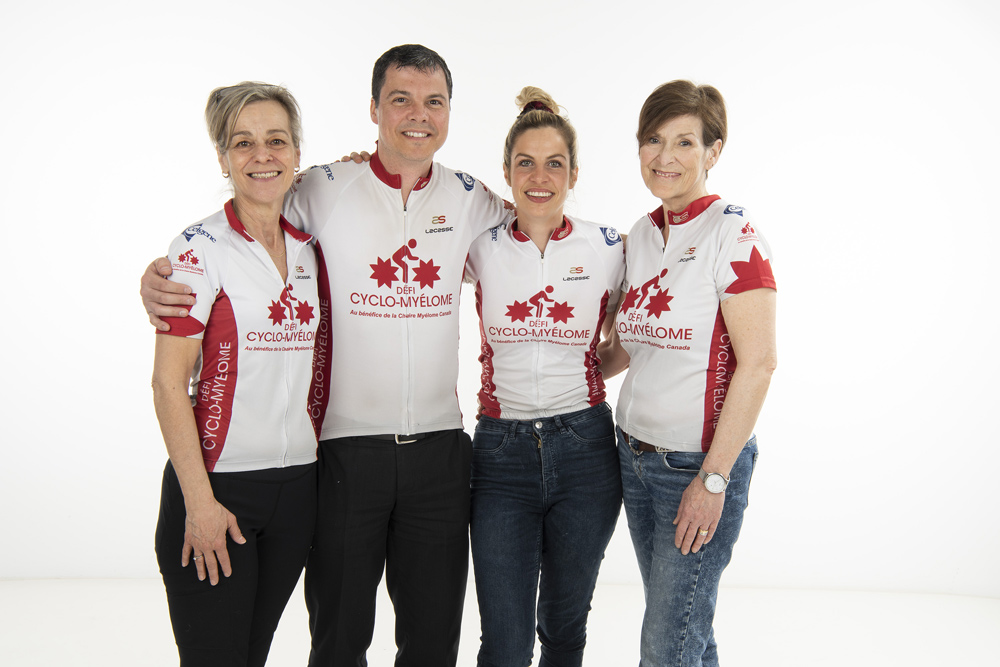 Francine Ducas and Maryse Bouchard have organized the Défi Cyclo-Myélome since 2013. The goal of the challenge is to raise people’s awareness about multiple myeloma and to raise funds for cancer research as a complement to the financial efforts of the Myeloma Canada Chair.

Thanks to your commitment and generosity, since it was launched in 2013, the Défi Cyclo-myélome has raised more than $500,000 net in support of Dr. LeBlanc and his team.

A word from our spokesperson: "A member of my family was diagnosed with multiple myeloma a few years ago," she explains. As I'm sure most people are, my first question was, "What is this?" Because let's face it, it's still a little-known cancer. I did my Myeloma 101 (and 201, and 301...) course. I learned how quickly science is evolving in this field and also that myeloma has a community of researchers, medical staff and volunteers who are working very hard to make progress. When Maryse and Francine from the Défi Cyclo-myélome asked me if I wanted to be their spokesperson, I accepted without hesitation. In fact, to tell you the truth, I was hoping they would ask me! I feel very proud that I will be able to help promote the organization, help raise money and support research in my own way. I hope to have the opportunity to meet you soon. Until then, please know that I will take every opportunity to spread the word about what multiple myeloma is and the great work that is being done to end it."

Finally, we would like to thank Marie-Lyne for joining us in supporting and championing this cause.

Together we are making a difference!